With a towering government deficit and various funds being cut, many taxpayers’ concerns rise when they read articles like the LA Times’ recent piece about LA County’s child welfare agency wasting over half a million dollars on unnecessary cell phone usage. An audit discovered that the agency spent $330,000 on service charges for cell phones that were activated and never used. Twenty of the agency’s used cell phones were issued to users who incurred excessive charges on personal use, including one employee with over $2,000 worth of charges in personal international calls. In addition, although there were over 1,400 cell phones activated and unused, the department denied child abuse investigators of cell phones.
With so many resources available to prevent these situations, this misuse of taxpayers’ dollars is unacceptable. Call Accounting companies, such as CDR-Data, can ensure that a client never ends up with these problems. CDR-Data produces simplified reports for their clients with all necessary land line and cell phone records. Reports are updated routinely and CDR-Data’s technicians will contact their clients if any anomalies arise. Unused lines and irregular usage will all be brought to the attention of their clients.
As a veteran in the Call Accounting industry, CDR-Data Corporation has added numerous and notable government organizations to their list of clients. CDR-Data’s services have enabled these organizations to flourish by allowing them to manage their telecommunications with ease.

More than 1,400 of the department's 5,000 phones were not used by employees, yet were activated and incurred $330,000 in service charges. One worker racked up $2,000 in personal international calls.

By Garrett Therolf, Times
December 22, 2010
A quarter of the money spent last year on cellphones by 's child welfare department was wasted on "unnecessary or inappropriate" charges, according to an audit released Tuesday.

The audit found that $514,000 of the $2.2 million spent in 2009 on the department's 5,000 cellphones went to devices that were never used, personal calls to foreign countries and other questionable ends.

"It is likely that the department paid for inappropriate charges in the prior and current years" as well, Los Angeles County Auditor-Controller Wendy Watanabe wrote in her report.

Trish Ploehn, who was removed last week as director of the Department of Children and Family Services, was given a draft copy of the audit this fall.

Ploehn wrote in September that she would soon be providing the of Supervisors with a detailed plan to address problems raised by the auditors.

"We generally agree with the majority of the recommendations contained in the report and completely concur that it is the department's responsibility to safeguard county resources," Ploehn wrote in her initial response to the report.

No additional plan from the department has been submitted, according to supervisors' aides and the county's website tracking correspondence between departments and the board.

Among the audit's findings:

--Welfare officials did not have up-to-date logs and could not identify users for more than 250 active phones.

--More than 1,400 cellphones were not used by employees, yet were activated and incurred $330,000 in service charges. At the same time, the department refused to give cellphones to child abuse investigators, county officials have acknowledged.

--Auditors carefully reviewed 20 users who appeared to have excessive charges and found one employee had incurred more than $2,000 in personal international long-distance charges.

--The department had 532 broadband cards to access the Internet from portable computers yet 220 were unused and incurred $90,000 in service fees.

Earlier this year, The Times reported that the department paid $5.9 million for about 2,400 of the portable computers in 2007 so that social workers investigating abuse or neglect allegations might better access data relevant to their probes. But the infrastructure was never put in place to make them functional out of the office, leading them to be used as desktop computers or simply collect dust.

Susan Herman, a spokeswoman for county Chief Executive William T Fujioka, said "the county takes the audit findings very seriously, and DCFS is going to be giving out a detailed response sometime soon."

"We are committed to giving employees the tools they need to make children and families safe," she said.

According to the audit, the department already has begun canceling services for phones for which there was no identified user.

Nick Walters has recently been named the newest member of CDR-Data’s growing organization. Nick’s background as a computer science major and computer technician will be beneficial as Nick learns the operations of CDR-Data. Working under CDR-Data’s Vice President and General Manager Ron Woods, Nick will be assisting with the company’s IT duties, including data collection, rates, tariffs and documentation. CDR-Data is pleased to have Nick join their team and looks forward to working with him.
Posted by CDR-Data at 3:38 PM No comments:

CDR-Data Corporation is delighted to introduce Michelle Chin as the newest addition to their team. Working in the marketing department, Michelle will be tasked with an array of assignments, including writing press releases, launching email marketing campaigns, organizing socials and managing the company’s social networking accounts. CDR-Data welcomes Michelle to the company and is confident that her education, experience and interests will make her an asset to their organization.
Posted by CDR-Data at 3:24 PM No comments: 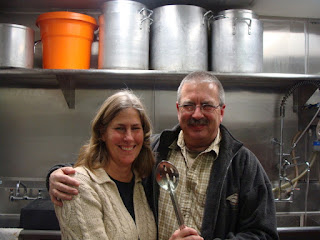