Five Reasons To Get Excited About 5G 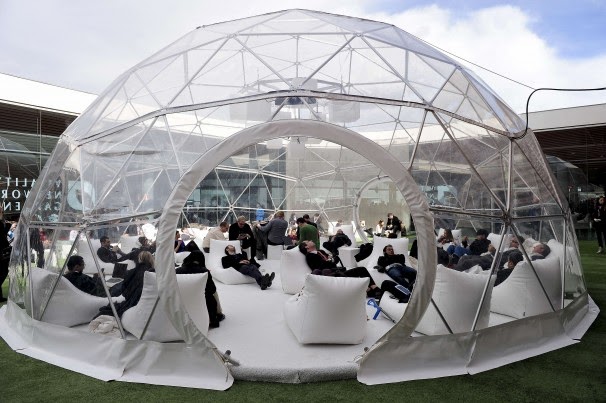 At this week’s Mobile World Congress in Barcelona, one of the hottest topics of discussion was the future of 5G — a next-generation mobile communications network that would offer exponential gains in both speed and capacity over existing 4G networks. If 2G networks were for voice, 3G networks for voice and data, and 4G networks for broadband Internet connectivity, what exactly do you get when you deliver a 5G network?

When asked to answer that question in Barcelona, the heads of Europe’s top mobile operators — the likes of Ericsson, Alcatel-Lucent, Orange and Nokia – couldn’t even define what 5G was, but were nonetheless committed to spending billions of dollars to make 5G a reality in Europe. The same timetable exists in Asia, where Japan and South Korea also plan to invest billions to build the next 5G networks by 2020.
So here are five examples of innovations that 5G might make possible. 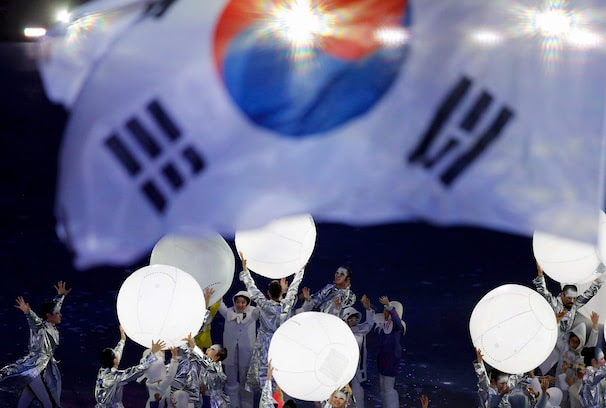 Now that the Olympic Flame in Sochi has finally been extinguished, it’s interesting to consider the types of innovations that might appear at future Olympics. Both Pyeongchang (host of the 2018 Winter Olympics) and Tokyo (host of the 2020 Summer Olympics) are in nations that are at the forefront of 5G innovation in Asia, so it makes sense that they will attempt to showcase 5G innovation throughout the Olympics. When Tokyo hosted the 1964 Summer Olympics, for example, the city became the first-ever to broadcast the Olympics overseas via satellite and in color.

For the Tokyo 2020 Summer Olympics, here are just some of the ideas that might be made possible by 5G networks: one-second downloads of massive Olympic video clips; super-high-definition screens for broadcasting events; holograms of Olympic athletes; and mobile 3D images of venues and competitors. There are also hopes of creating “instant translation” glasses that would enable visitors from all over the globe to read anything written in Japanese within seconds. It might also be possible to offer “facial recognition” glasses in which Olympic visitors could spot fellow countrymen in a crowd, and instantly receive personal details about them to facilitate an introduction. As anyone who has ever missed a connection knows, seconds matter. New high-speed 5G networks would give you back those seconds. 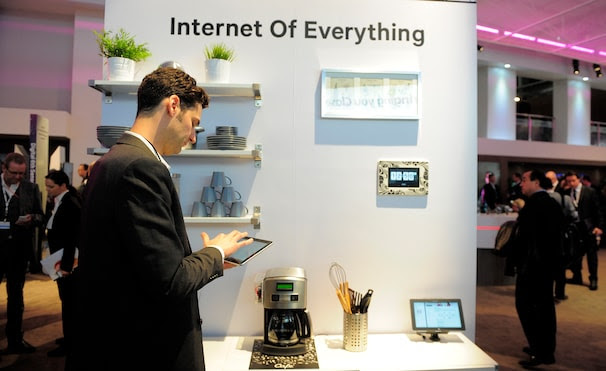 2. The Internet of Everything, finally

Okay, it seems like we hear about the Internet of Things every year at CES in Vegas, but nothing ever comes of it. But the logic behind the Internet of Things is inexorable – Cisco predicts that by 2018, worldwide mobile data traffic will have increased 11x from current levels, with much of that traffic driven by billions of devices talking to other devices wirelessly. To make that M2M (machine-to-machine) communication possible you need fast, high-capacity networks. New 5G networks promise speeds that are 100x faster than anything that exists today.

At its most basic level, the “Internet of Everything” means that any device can talk to any other device. This can either be a relatively basic application – such as your refrigerator telling your smartphone that you’re out of milk – or something much more sophisticated. One big application that has been talked about (perhaps too much) is the “Smart City,” in which devices and sensors are installed on every element of a city’s infrastructure and constantly monitor the city. A sensor on a bridge, for example, might detect abnormal traffic patterns, and that information could be used to create alternate transportation routes. 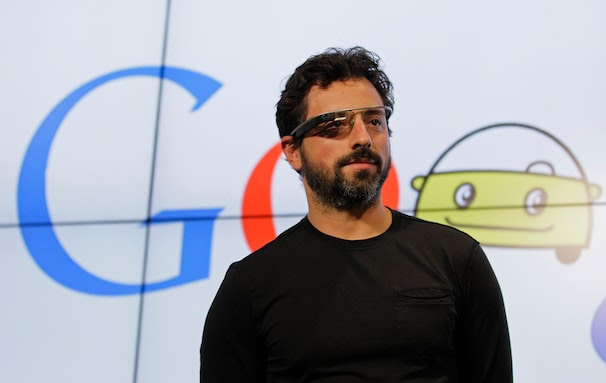 The Google driverless car was just the beginning. In order to support a large number of driverless vehicles on highways, you need 5G networks and all the extra capacity they deliver. And those 5G networks need to be qualitatively different from 4G networks, capable of handling and distinguishing between a variety of different uses: infotainment, communication, traffic navigation and device syncing. When your car is attempting to change lanes to avoid a collision, you don’t want your network being used by a child in the backseat, downloading a cartoon movie or making a hands-free mobile call.

Some mobile companies are even talking about a connected vehicle cloud – a massive network of connected car data that makes all types of new services available at faster speeds. In Barcelona, for example, Volvo unveiled the concept of a “Roam Delivery” network that could deliver groceries or packages to consumers wherever their car happens to be parked. A digital code would enable the delivery agent to access your car’s trunk, and you’d never have to worry about missing the UPS or FedEx delivery person again. 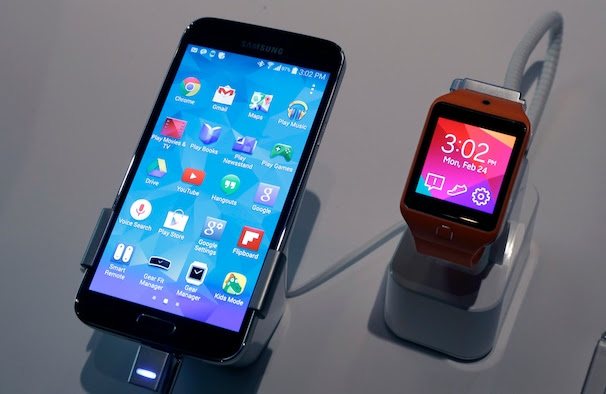 We’re now entering an age where real-time health data from mobile devices is becoming the norm rather than the exception. Building on the success of devices from FitBit and Nike, it now seems like every new digital device — including smartphones and smartwatches – will come embedded with some sort of health-tracking service. In Barcelona, for example, Samsung unveiled its new Galaxy S5 with a built-in heart rate monitor to complement three upcoming fitness devices.

Speaking at the Mobile World Congress, Vice President of the EU Commission Neelie Kroes suggested that m-health would emerge as one of the biggest applications of new 5G networks. As wearable device use increases, it will lead to new types of “sentient” health devices that are aware of real-time changes in your health — and capable of relaying that information to health providers and loved ones. It might also lead to innovations like “remote surgery.” Healthcare would essentially become mobile, rather than being tethered to fixed spaces such as hospitals and clinics. 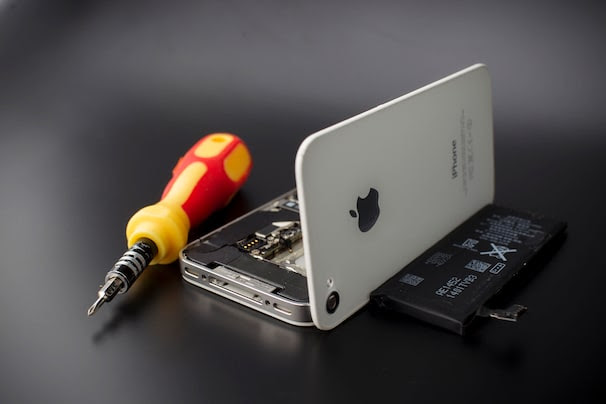 That may not seem like much, but it hints at a solution to a problem being created by the proliferation of billions of mobile devices in society – the need for more spectrum, more capacity and more power. So it makes sense that some of the most interesting ideas about 5G concern ways to make our mobile devices more efficient and effective. Concepts like “Green 5G Mobile Networks” acknowledge that spectrum is a limited resource, and that we need to think about smarter ways to power our mobile devices.

***
At the end of the day, the reason why Europe and Asia are committing so much attention to 5G is because of the potential to drive future economic growth. At a news conference in Barcelona, Neelie Kroes, vice president of the European Commission, even talked about the ability to reduce rampant youth unemployment across Europe by deploying new 5G networks. It’s not so much that 5G infrastructure build-out would create new jobs — think of this as a type of New Deal for technologists — it’s that 5G would create entirely new markets and economic opportunities driven by mobile in industries ranging from healthcare to automotive to infrastructure. 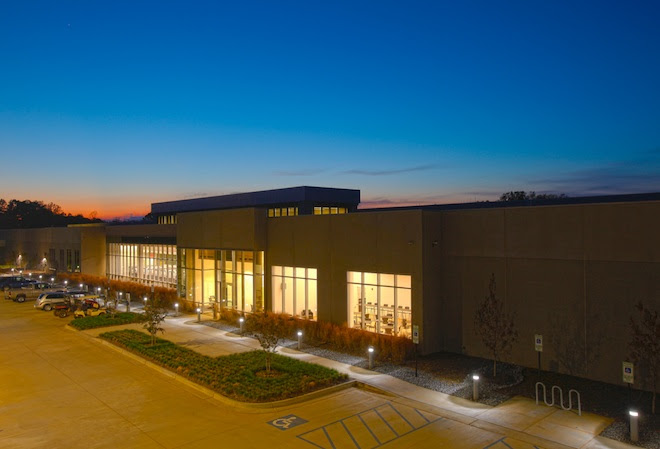 Apple is buying up a hydro-electric project in Oregon, hoping to lock into an environmentally sustainable way of powering its massive data centers.

The project, built by Earth By Design (EBD), a Oregon-based developer of green energy, uses small Kaplan turbines built adjacent to a local irrigation canal. The idea is to generate power without the large-scale environmental disruptions associated with monster dams. Terms of the agreement — including what Apple is paying for the system — have not been disclosed.

According to a regulatory filing, the project will generate 5 megawatts of power, enough electricity to power a small town, but a fraction of what Apple’s Prineville, Oregon, data center will ultimately require. As users increasingly store their data and photos in the iCloud, Apple has been forced to rapidly ramp up the number of servers it runs in the iCloud. IN the past few years, the company has developed new data centers in Prineville, Maiden, North Carolina, and Reno, Nevada.

Apple took ownership of the EBD project late last year, but news of the deal wasn’t reported until a local paper, the Bend Bulletin reported it over the weekend. According to the Bulletin, the dam diverts water from a nearby canal “for approximately half a mile before running it through a hydroelectric turbine and discharging it back into the canal.”

Over the past few years, Apple has gone from being a laggard to a leader in finding green ways to power its data centers. According to Greenpeace analyst Gary Cook, technology companies have turned to solar and wind to power their data centers, but Apple is breaking new ground. “This is certainly the first time I’ve seen this being this done by a private company and not a utility,” he says.
Cook agrees that this type of small-scale hydro project is better for the environment than something like a Hoover Dam. “This project appears to be very much in line with best practice hydro generation, it’s smaller-scale, but it’s sustainable,” he says.

Apple didn’t have any comment on the deal, but a company spokesman referred us to a company environmental report, which says that, in Oregon, Apple will “purchase power from local wind, solar, and micro-hydro resources. The micro-hydro projects will generate power from water flowing through irrigation canals, which are already part of the agricultural framework of Oregon.” EBD declined to comment for this story. 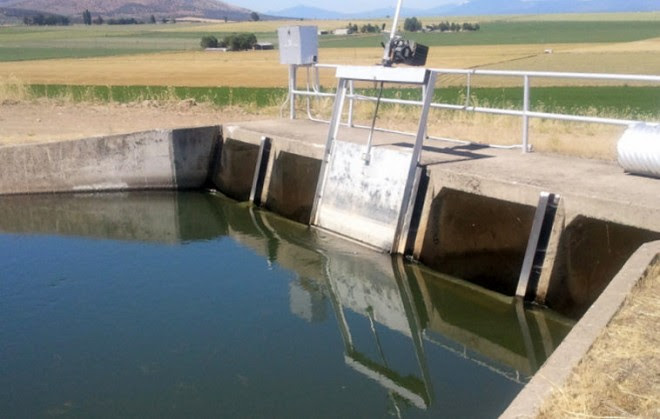 Three years ago, Apple’s Data centers received pretty bad marks from the environmentalists at Greenpeace. The big problem: Apple was powering its legions of cloud computers with dirty energy, supplied by coal-burning companies such as North Carolina’s Duke Energy.
Since then, Apple has done a lot to scrub its image. Greenpeace now considers it one of the best examples of an environmentally responsible data center operator.
“It shows that companies who are motivated can look at what resources are around then and figure out how to get renewable energy,” says Greenpeace’s Cook.