Roads Could One Day Be Paved With Solar Panels

Imagine a road that melts snow, has movable markings, and its own renewable energy source. Then add one more component—solar panels, the unsightly metallic paneling lofted on rooftops and space stations alike.

An ambitious couple from rural Idaho want to put solar panels on roads.

Scott and Julie Brusaw have launched an initiative that they call solar roadways, a plan to refurbish American roads using bumpy, hexagonal solar panels that light up and respond to what crosses them.

Panels are also equipped with heat sensors that can melt snow and ice, avoiding roadway collisions and potentially cutting the millions in taxes that the U.S. spends on snow removal and lost productivity every year.
The roads also include pressure sensors, designed to light up when heavy debris falls on them or animals cross them.

The roads also include pressure sensors, designed to light up when heavy debris falls on them or animals cross them.

Some panels include buried cables that could one day replace telephone poles.

The panels are attractive proposals, the stuff of science fiction (the promotional video includes several references to “Tron”—yikes), and solar roadways have already generated their fair share of buzz.

Its YouTube video—catchily (although rather aggressively) named solar FREAKIN’ roadways—went viral last month and has now reached over 17 million views.

The popularity of the video may have helped the Brusaws generate funds for the project, which, although still in its nascent stages, would be fiendishly expensive to carry out on a large scale.

Solar roadways has generated $2 million in donations from all 50 states and other areas of the world. The sum exceeds any previous amount raised by the crowdsourcing website Indiegogo, according to The Washington Post.
Despite the enthusiastic donations, widespread solar roadway installations may be somewhat unattainable for the moment. The cost of installing them nationwide would be astronomical. According to Vox, it might total $56 trillion—around 20 times the annual federal budget.

As solar technology advances, however, costs may fall, making the prospect of solar roadways reachable.

Massachusetts, for example, which now ranks second on lists of the most solar conscious states, has offered generous subsidies for companies who cut costs to install solar panels. Even former mayor Tom Menino has outfitted his abode with the green technology, a move that was reported to cost only $500 for $8,000 in savings over the next 20 years.

For now, small projects are already underway. The small town of Sandpoint, Idaho, intends to install the roadways on a parking lot and sidewalks. And the Brusaws have already created a solar parking lot outside their work studio perched in the rolling hills of Idaho.
Posted by CDR-Data at 3:16 PM No comments:

How 3D Printing Is Speeding Up Small Businesses

Since David Friedfeld took over ClearVision Optical from his father in 1985, he’s seen most eyewear manufacturing move overseas. The 120-employee company, based in Hauppauge, N.Y., is bringing a small piece of it back. Last year, Friedfeld purchased an entry-level 3D printer for just under $3,000. He still does the bulk of his manufacturing abroad, but he can now print eyeglass prototypes in-house.

The device “has taken three months off our production cycle [and] allowed us to stay closer to the market,” he says. “We are able to get far more creative.” He’s so bullish on 3D printing that he’s planning a design-it-yourself website that will allow customers to build their own frames, try them on with facial recognition software, and then click to have ClearVision print and ship them a few trial pairs.

That kind of enthusiasm seems contagious among small business owners who are trying out 3D printing technology, says Daniel Levine, a consumer trends expert and director of the Avant-Guide Institute. He’s been following 3D printing closely for several years, though he says the technology only jumped into mainstream consciousness about two years ago, when the first affordable printers became available.

“The jury is still out as far as exactly how helpful it’s going to be and in what ways,” Levine says. “Everybody who’s looking at it feels pretty certain it’s going to have a large impact, but exactly what that will be is still uncertain.”

For now, early-adopting small business owners tend to use 3D printing for prototyping, creating replacement and intricate parts, and for making customized gifts, he says. The barrier to more widespread use of the printers is not cost—Levine anticipates that the cheapest 3D printers will drop from $1,000 to $100 within the next two years—but technical know-how.

“For now, it’s engineers, jewelry makers, and architects” who are the primary small business users, Levine says. That’s because they are familiar with the computer design and scanning processes that 3D printers use to churn out items.

The engineering staff at Grid Connect, an 18-employee manufacturing company in suburban Chicago, is using its 3D printer to help develop a second version of its line of wireless home sensors. Vice President Adam Justice says it has shortened production times “in an industry that is moving very fast.”

Before the company got the printer, his engineers sent specs for prototypes to a 3D printing company that charged $600 to $700 per piece. When the pieces arrived a week or two later, “the engineers would look at it for 10 minutes and find errors and have to send it back. We’d lose a month or two finalizing a design,” Justice says. With the 3D printer he bought last year, the team can turn around designs in three or four days, and the savings has more than covered the $3,000 investment in the machine.

But most small business owners and entrepreneurs don’t have engineering teams. So why are pilot 3D printing programs being offered this year at office supply stores like Staples, the UPS Store, and PostNet?

Those companies are targeting self-employed inventors, designers, and college students who need to build things but can’t afford to buy their own printers, says Dave Thorsen, an architect who is piloting a 3D printer at his PostNet franchise in Minneapolis. Thorsen brought the idea for the pilot project to PostNet after he saw community college students working with a 3D printer. He even purchased a franchise in order to test the idea.

He is leasing a $22,000 3D printer for $400 a month during the six-month trial that started in April, he says. His first customer was a small, industrial designer making parts for Herman Miller chairs. “He walked in at 3:30 on a Wednesday with a jump drive and asked when he could have the part. I said, ‘I don’t think I can have it done by the end of the day, but I’ll have it for you at 8 tomorrow morning,’” Thorsen says.

With the machine printing overnight, the part was ready by 7:15 the next morning. The designer rushed over, incredulous, to see it. “He said it was perfect. Normally he had a two-week turnaround time sending out to a printing service in Atlanta that threw him to the back of the line because it handled huge automobile and aviation clients,” Thorsen says. “He came back the very next week with six more designs.” 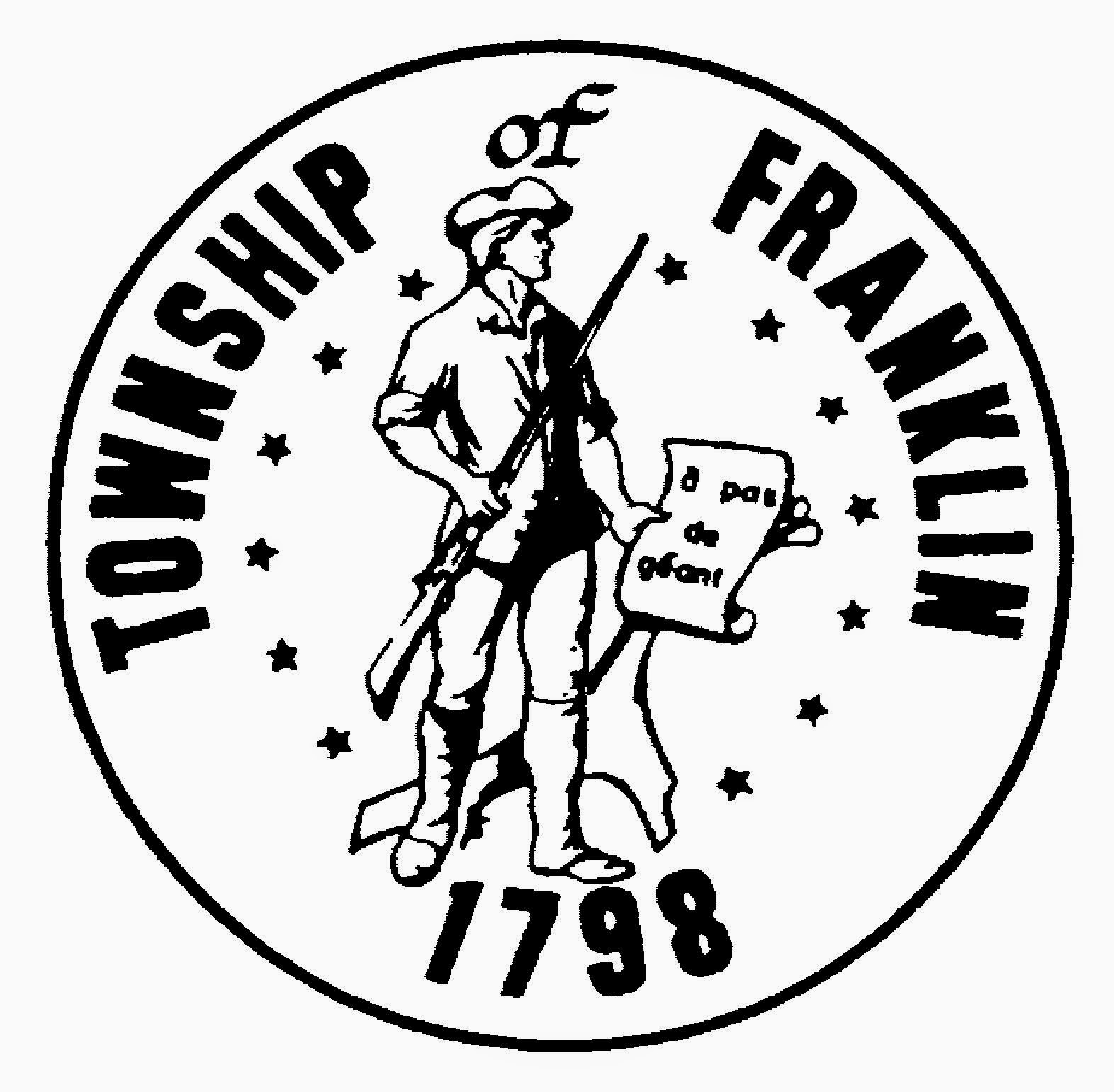 CDR-Data has partnered with Township of Franklin to help manage their Call Detail records information as they collect data from Franklin’s powerful Cisco telecommunications system.

Kevin Young CEO of CDR-Data said “This adds another satisfied CDR-Data client that is working in the Public Vector. We are working hard to provide products and services to cities, counties and state organizations”. “We take our GMIS Diamond award very seriously and we are always looking at enhancing our features for the cities and counties arena.”

About Township of Franklin NJ
Voted number 5 as the best city to live in the USA by Money Market Magazine in 2008, Township of Franklin has kept the quaint township but manage the new technology needed to manage and provide the needed services for over 62,000 citizens and including government employees.

Franklin Township was very much a part of the Revolutionary War History and the scene of many raiding parties along Route 27, then known as the King's Highway. Washington's farewell address was delivered to his army in Little Rocky Hill in 1783.

One of the most important developments for Franklin was the building of the Delaware-Raritan Canal in 1834. Twenty-two miles of this continuous water route from New York to Philadelphia runs through the Township. During the Civil War, up to 200,000 tons of freight was hauled by mule and horse-drawn barges, a great economic boon for the area. Today the canal is the source of drinking water and provides recreation for area residents and visitors to the Delaware and Raritan Canal State Park.