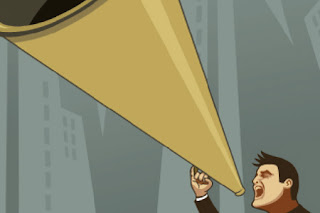 In late 2011, social networking surpassed online gaming as the most popular online activity — globally, nearly one in every five minutes online that year was spent on social networking sites, according to digital business analyst firm comScore. Smartphone users now spend an average of 24 minutes each day using social networking apps, according to app services company Flurry. There are more than 1.2 billion active social media users worldwide.
Government agencies, of course, have jumped on this trend, making use of social media to better communicate with constituents, voters and citizens. But where does the CIO fit in?
A relatively small, but growing, contingent of public CIOs are prolific social media users, fearlessly Facebooking and eagerly contributing to the blogosphere and Twitterverse. These social CIOs say their direct involvement in social media benefits them personally and professionally — and it helps them drive effective social media adoption, strategy and policy within their agencies or departments. Here’s a look at social media through their eyes.

Casey Coleman, CIO of the U.S. General Services Administration, is an early adopter who has been using social media applications since 2007. During one recent month, Coleman tweeted more than 40 times on subjects ranging from business intelligence software to weight loss, activity that has garnered her nearly 5,000 Twitter followers and a national reputation as one of the nation’s most social CIOs.
She says participation in online social media platforms provides a vantage point to observe and understand emerging industry trends, and to learn from her peers in the federal IT and CIO communities.
“It also affords GSA and me the opportunity to communicate effectively with various stakeholder groups,” Coleman added. “This participation facilitates building relationships and networks to help us perform our mission more effectively.”
For Barry Condrey, CIO of Chesterfield County, Va., it’s about participating in a worldwide trend toward connectedness and collaboration. “We are watching the world as it is shrinking. There are more cellphones than people on the planet now,” said Condrey, who tweets almost daily. “Social media isn’t going anywhere. The channel has been built for us. There is huge value for governments that want to exploit it.”
Chris Moore, CIO of Edmonton in Alberta, Canada,  is another prolific tweeter. He says social media is a necessity for public CIOs. “A CIO/CTO who does not embrace social media is a leader who chooses to live in the past, and within the next two to five years will become irrelevant.”

Most social CIOs say the biggest benefits from these activities are better collaboration and networking. Social media applications have become platforms for trading information about challenges, projects and results — especially in the public sector, where sharing is valued over competition. A growing number of CIOs actively use social media to participate in communities of special interest; recruit employees; research and learn; and gain insight on vendors and industry trends.
“The main benefit to me directly, as a CTO, was in helping to build my own personal reputation and brand,” said Bill Schrier, former CTO of Seattle who recently became deputy director of the Center for Digital Government, which is owned by Public CIO’s parent company e.Republic Inc.
“Social media allowed me to connect with the news media and the start-up community directly,” Schrier added. “Your primary role as a CIO is to manage the internal IT environment, but I believe we also have a role in encouraging the technology and start-up communities.”
For the GSA’s Coleman, social media also became a valuable tool for internal communication. Following a major restructuring at her agency, an internal blog created by Coleman helped knit together a team spread nationwide.
In a broader sense, social media activity can boost citizen engagement. For instance, strategic social media adoption led Utah to increase traffic to its websites and services by close to 100 percent over the past five and a half years (from 650,000 unique visitors to 1.3 million).
“The value can be extensive if used correctly,” said state CTO David Fletcher, who routinely tweets four to five times per day. “It is an opportunity to help move toward the future, and it enables a degree of collaboration that is not possible through any other channel.”


Go Where the People Are

Many of these CIOs recognized the potential value of social media — and began playing with and using platforms like Twitter and Facebook — about five years ago. It was up to them to convince an often wary group of colleagues and supervisors that what they were doing had value to the entire department or agency.
In Roanoke County, Va., Director of Communications and Information Technology Bill Greeves was one of them — he began exploring social media in 2008, when the recession became undeniable. “I was worried that it would mean a slowdown in technology innovation on our part,” said Greeves, whose position was equivalent to a CIO. He has since become CIO of Wake County, N.C. “Social media was emergent at that point, and something I had initially dismissed as a novelty. But once I found others who were interested, the potentials became more and more apparent.”
A regular blogger and early adopter of social media apps, platforms and tools, Greeves is viewed by many of his peers as a pioneer and expert in social media usage. He is a founding member of MuniGov, a nonprofit organization made up entirely  of volunteer members interested in promoting the value of innovations like Web 2.0 in government.
“Whether or not Facebook is great is not the point,” Greeves said. “The point is, there are hundreds of millions of people there. Why not spend time where they are? You may not like social media, but hundreds of millions of other people do.”
And that’s what these CIOs have learned.
In Richland County, S.C., CIO Janet Claggett says that social media is critical to her ability to stay informed on the latest breaking technology news. “I cannot imagine being up to date without social media, and believe it is extremely important professionally; as CIOs, we are responsible for staying on top of trends,” she said. “It also helps me to identify best practices to assist my organization in improving operational excellence in sustainable ways.”
For Michele Hovet, former CIO of Arvada, Colo., who is now the deputy city manager, social media allows her to easily build a community. “Everything really is about community, and community on the Internet is no different,” she said. “Most people like to feel part of something special or unique, and social media for city or personal use allows this to happen.”
The city recently increased its commitment to social media by creating a team of “community communication coordinators.” The positions, formerly standard reception roles, now require that 30 to 40 percent of the worker’s time be focused on social media and Web communication.
Personally, Hovet says she uses social media to keep track of happenings that are important to her. “I follow people on Twitter who educate me and bring me articles I would have never otherwise seen. I also use it to showcase things I find interesting about my community or my career.” she said. “What I learn by using social media helps me to keep my job skills relevant and gets me a broader view of what’s happening with my peers.”


The Next Big Thing

In government, where there can be a tendency to hold meetings and want to do everything face-to-face, social media also opens up inexpensive communication channels to much broader groups of people, internally and publicly. “It is a great way to get to know people across the country, without ever meeting them face to face,” Hovet said. For CIOs specifically, it has tremendous value in facilitating ongoing communication among peers, providing a sounding board for direct feedback from people facing the same issues, challenges and opportunities.
Nearly all of these social CIOs add that they’re carefully watching for the next social media craze to capture the public’s eye. For instance, many are starting to explore Pinterest and its applications to government.
Whatever form that social media takes in the future, these CIOs say they’re ready to join in.
“I truly believe that social media for any CIO, public or private sector, is a lifeline to the world,” Hovet said. “I think those leaders in a CIO role that don’t participate in social media are missing the boat. The world will move on in this social new way, without them.”

You may use or reference this story with attribution and a link to
http://www.govtech.com/pcio/CIOs-Flock-to-Social-Media.html
Posted by CDR-Data at 3:55 PM