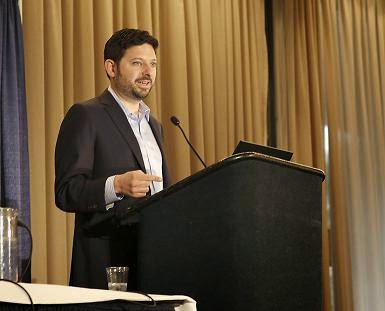 Government can’t be what it used to be. Times have changed. The rote processes, repetitive tasks, drilled in duties — they all represent luxuries (albeit monotonous luxuries) of a fading past.

This is the impetus behind the U.S. Department of Health and Human Services newest enterprise, the HHS IDEA Lab. The name itself is an acronym, “IDEA” meant to encapsulate the motives of Innovation, Design, Entrepreneurship and, above all else, Action. At its most basic, the lab incentivizes to reimagine the department’s bureaucratic processes. Fully realized, it’s hoped to systematize innovative thinking inside HHS for the future.

“In the 21st century, things are changing at such a rapid pace, both from a technology perspective and from a societal perspective, that if we want government to be effective, then we need to have an organization that can be proactive — or immediately reactive — without the constraints and confines bureaucracy places on it,” said Bryan Sivak, HHS chief technology officer and the lab’s founder.

In tangible terms, what this means for Sivak is a lab that lifts those confines with three essential ingredients: education and time, and the money to make things happen.

These are channeled into the lab’s three initiatives.

The first initiative is all about investing in its workforce. This happens through an annual awards program and an internal accelerator for idea development. The awards program, HHS Innovates, recognizes employees who exhibit productive out-of-the-box thinking; the accelerator, HHS Ignites, equips chosen teams with $5,000 and a three-month runway to develop ideas.

The second initiative doesn’t look inside the agency for inspiration and talent, but outside, turning to the private and nonprofit sectors. In-residence programs, such as the HHS Innovators-in-Residence program, enlist outsiders for one to two years to research methods that improve practices. The HHS Entrepreneurs-In-Residence program, the initiative’s other tool, offers HHS employees the opportunity to hire outside talent for year-long “high-risk, high-reward” projects.

The third initiative promotes collaboration by creating groups that are assigned to answer specific problems. And depending the problem, Sivak said, the duration of these varies. Groups may end after they’ve solved a challenge; however, for large-scale undertakings, they can be ongoing.

“Really, when you think about it, the main goal is to provide a new set of incentives for the folks that work here,” Sivak said, “To help people to move us from this world — where we blindly follow process — to one where we’re free to experiment and focus on outcomes,” Sivak said.

As he is fond to reiterate, this often boils down to culture change. Real culture change, not just lip service and buzzwords associated with innovation. In an organization so bureaucratic and complex as HHS, so risk averse and tied in red tape, Sivak said he’s aware that cultural and behavioral shifts will come slowly and by degrees. Yet the lab is meant to incubate growth and serve as a safe haven for entrepreneurial activity.


Already in its third installment, the HHS Ignite accelerator is evidence of the lab’s headway. Literally dozens of projects have been funded, and some, such as a redesign of the hospital check-in process, have saved HHS millions through efficiencies.

Taking a page from bootstrapping startups, the accelerator directs teams to submit project concepts that answer a visible need. Winning one of the 12 or so spots is the goal. And if approved, each team goes on to  fashion a “low-res” prototype — essentially a minimum viable product — for their idea. This creation is carefully scrutinized by 15 target customers for input. Finally, with more research, guidance from mentors and their collected customer feedback, teams craft and present a final prototype to HHS judges. The successful projects are deployed inside HHS — additional funding and resources given based on needs.

“It offers a means through which we can bring startup methodologies and the entrepreneurial spirit into operations,” said Read Holman, the lab’s program manager and Sivak’s senior advisor of internal entrepreneurship. “So, regardless of whether these projects move forward or not, the teams themselves leave Ignite with methodologies and problem solving techniques they can apply to their other work.”

As a paragon of Ignite’s methodologies, Sivak showcased the “Hospital Check-in Redesign” project, a system that fast-tracks patients through emergency rooms by prioritizing patients with quick needs. The idea was devised by Marliza Rivera, Alysia Cardona and Jose Burgos at the HHS Indian Health Service (IHS), a federal health-care provider for Native Americans and Alaska Natives. After a few iterations, Sivak said the trio decreased the percentage of unseen emergency room patients at Arizona’s Whiteriver Indian Hospital from 19 percent to just over 1 percent. Similarly the team estimated that, with a relatively small investment — $80,000-$100,000 —  worth of facility renovations, the hospital could see an additional $6 million in added
revenues.

“I love this story,” Sivak said, “because you’ve got these three people where this isn’t even in their job description, but they had this great idea, and they went for it.”

The lab hopes to breed similarly impactful projects in the near future. In its latest round, Ignite has a total of 28 new finalists from 72 submissions. On Dec. 8, Holman and Sivak will pare these down to 10 or 12 lucky winners.